Support Center, Knowledge Base and FAQ's 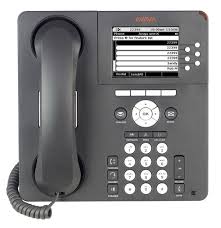 Wireless headsets from Plantronics are designed to be compatible with virtually any Avaya IP phones including 9620, 9630, 9630, 9640, 1608, and 1616 phones.  The trick is to know which accessories and cables are required for the wireless headset to work properly on your phone.  Below we outline the necessary accessories for usage with the Avaya telephone models mentioned above.

Notes: With the EHS Adapter (APV-63) you can pickup/hangup directly from the headset and get a ringtone notification of incoming calls through the headset.

Notes: This accessories allows you to pickup/hangup directly from the headset and notifies you of incoming calls through the headset.

If you do not wish to purchase either the EHS Adapter or the HL10 Lifter you will need to manually answer all calls from the phone first before talking on the headset.  The Plantronics wireless headsets have no ability to answer nor disconnect unless using the mentioned accessories. If you do not plan to be roaming around the office you can forgo using the those accessories. You can always add the EHS Adapter or HL10 Lifter afterwards if you find it inconvenient to run back to the phone when it rings.

If you have questions about your Avaya phone's compatibility and which accessory(s) are required for your Avaya phone feel free to start a chat session or call us 703-766-6363. Global Teck Worldwide provides an optional ProSetup Service that provides expert configuration and installation, over the phone, on any headset purchased on our website. If you purchased your headset through our website have your order number available for support.

Your email is now subscribed to alerts for this article

Your email is not subscribed to alerts for this article

Unsubscribe to alerts for this article below